Though of the day 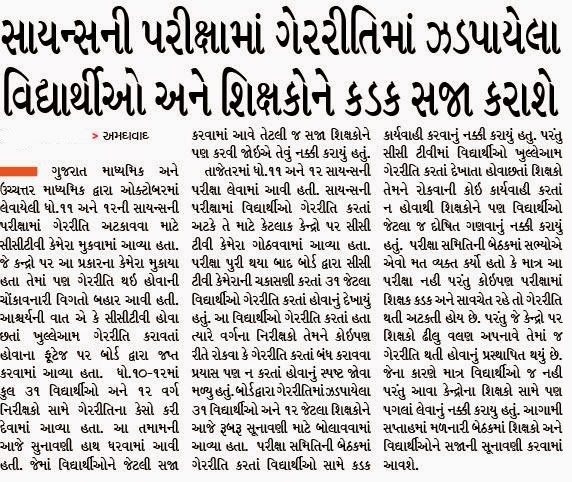 Navarathri is the most colorful festival of Gujarat. The entire period between June and October, when most of the countryside is engaged in agriculture, the festivals celebrated are mostly days of austerity, penance and fasting. The period includes the Gauri Puja, the
Janmashtami, the Nag Panchami the Paryushan and the Ganesha Chaturthi. Many of Gujarat's festivals are mostly celebrated by women. Gauri puja is observed by young, unmarried girls, who fast and pray for getting 'suitable husbands'.
Diwali Asvina is a month which marks the end of the harvesting season. This month ends with the festival of lights Diwali, which is a four-day festival. The first day of the festival starts with the Lakshmi Puja. The second day is considered as the day of casting off evils. The third day is the main Diwali day. On this day every home is illuminated with earthen lamps and the courtyards decorated with Rangoli designs.
The fourth and the last day is the New year day for the Gujarati's when people visit temples in colourful costumes and greet each other. The day following the new year day is called the Bhai bij day when brothers are invited by their sisters to partake of sweets with them. The full moon day of the Kartika month, with its preceding eleventh (ekadashi) day is called the Dev-Diwali. On these days the marriage of the Tulsi plant with the Shaligram, symbolising Lord Vishnu, is celebrated in every Hindu home in Gujarat.
Holi Like the Diwali, the spring festival of Holi on the full moon day in the month of Phalguna has a universal appeal. While Diwali marks the end of the monsoon and therefore the agricultural season of the Kharif crop, Holi marks the agricultural season of the Rabi crop. The next day after Holi is celebrated as Dhuleti (Dhuli Padvo) when people throw colour powder at each other and make merry.
International Kite Festival Kite Festival, a national festival for Gujarat is observed on the 14th of January, the day when the sun enters the tropic of cancer. On this day young boys and girls and even old people, are on their house tops flying kites. Now the festival, held at Ahmedabad attracts the connoisseurs of kites from all corners of the world and is known as International Kite Festival.
Started in the year 1989, it coincides with the festival of Uttarayan or Makar Sankranti. The change in the direction of winds on Makar Sankranti is marked by thousands of colourful kites of all patterns and dimensions which dot the blue sky. The festival lures expert kite-makers and fliers not only from major cities of India but also from around the world.
Janmashtami Janmasthami, the Birthday of Lord Krishna, is celebrated on the twenty-third day in the month of Shravan as per Hindu calender (August/September). It is celebrated with great fervor at Jagat Mandir in Dwaraka. The idol of Krishna as an infant is worshipped, bhajans are sung all over the state. A fair is held on this day at Jamnagar.
Balev and Raksha Bandhan No festival except the Balev, when Brahmins change their sacred threads, is exclusive to any particular community or section. The same day sisters tie Rakhi on their brother's wrist wishing them a happy life. The day is also celebrated as Nariyeli Poonam in the coastal areas of the State, where people worship the sea offering coconuts.
Saptak Music Festival A festival of Indian classical music usually conducted on the First week of January in Ahmedabad every year. This festival was inaugurated by Pt. Ravi Shankar in 1980. The musical event is organised by a public charitable trust which runs the Saptak School of Music. This festival which spans the first 11 days of January, showcases the best talents and presents as many as a hundred plus musicians with sincere commitment to standards.
The sun temple at Modhera in Mehsana district in north Gujarat, built during the reign of the Solanki king Bhimdev I, represents one of the most magnificent monuments of Gujarat. The temple, though in ruins, is considered one of the best specimens of Indian art and architecture of the by gone era.
Mahashivaratri at Bhavnath Mahadev The fair during Mahashivaratri is held for five days and takes place during February, and the events associated with it are colourful indeed. The mahapuja of Lord Shiva takes place at midnight, in this temple, on the 14th day of the dark half of the month of Magh. When the puja starts, naga bavas (naked sages) living nearby move towards the fair seated on elephants, holding flags, and blowing conch shells, sounding tungis and turis. It is firmly believed that Lord Shiva himself visits the shrine on this occasion.
Kutch Mahotsav Like so many other regions of Gujarat. Kutch has its own distinctive character. It is, in fact, a peninsula, lying between the Sir river, the Sir Creek and the Great Rann of Kutch on the north-west, and the Gulf of Kutch on the east. The country is somewhat bare and wild, with some cultivated fields near the villages. It has a remarkably heterogenous population, who belong to 18 different tribes, each with its own language and culture. Yet Kutch, with its colourful people, historic towns, and remarkable handicrafts, has much of interest to offer visitors.
Tarnetar Fair

There are many fairs in Gujarat where numerous tribal people gather on special occasions to participate in the various activities that take place at the fair, whether these are religious or secular, and to enjoy themselves thoroughly. The Trinetreshwer Mahadev Fair at Tarnetar, near the industrial town of Thangadh, Saurashtra, is one such fair.
It is believed that the fair has been held on this ancient site since antiquity. The fair is linked with the story of Draupadi's swayamvar and it is said that it was at this place that the great archer Arjuna performed the difficult task that won him his bride. A pole was erected in the centre of the kund and a fish was kept rotating at the top of the pole, at top speed.